Vladimir Putin reportedly owns a 190,000 square-foot mansion that sits atop a cliff overlooking the Black Sea and has been christened “Putin’s Country Cottage”.

Russian writer Leo Tolstoy had written a short story called “How much land does a man need?” For Russian President Vladimir Putin, 20 houses may just not be enough.

69-year-old Putin is a humble man of limited wealth – on paper. He reportedly gets a modest $1,40,000 salary as the head of the country, owns an 800 square foot flat, a trailer and three cars. And yet pundits and close watchers of the President believe that Putin might as well be the richest man in the world with assets worth $200 billion.

In fact, a wealthy US financier had testified this in front of the Senate way back in 2017.

“I believe he (Putin) is worth $200 billion,” Bill Browder testified in the Senate panel’s probe of Russian meddling in the 2016 US presidential election. He added that Putin was the “richest man in the world” which was  a result of “terrible crimes” his government committed. Browder was a major investor in Russia and cooperated with Putin in anti-corruption efforts, but eventually found himself targeted, Fortune reported. He also threw bribery accusations into the mix saying a large chunk of Putin’s wealth came from bribes.

Rumours around Putin’s supposed wealth started a few years ago and these have only intensified after Russia invaded Ukraine leading to thousands of deaths, exodus of millions of civilians and widespread destruction of property.

But the mystery around how much Putin is actually worth is still unsolved.

Just recently, Putin was under fire for wearing a $14,000 designer jacket (made with quilted cashmere, white goose down feathers for padding, goat suede trims and 100 per cent virgin wool) at a rally in Moscow where he justified his invasion of Ukraine. Apart from this, the Russian President is known for routinely sporting other such luxury accessories such as Patek Philippe watches, that cost several times more than his official salary.

That is not all.

Putin is also the rumoured to be the owner of a $1.4 billion mansion facing the Black Sea that houses every feature imaginable. The 1,90,000 square-foot mansion sits atop a cliff that overlooks the Black Sea and has been christened “Putin’s Country Cottage”.

The mansion, Fortune reported, boasts of frescoed ceilings, a marble swimming pool lined with statues of Greek gods, a 27,000 square-foot guest house, spas with traditional hammams, a musical parlor, dressing rooms for his staff, an amphitheater, a ice hockey rink, a casino, a nightclub with poles, more than $1,00,000 in wine and spirits in a bar, an underground tasting room and much more. The list goes on.

Expensive furniture adorn the halls. Even the bathrooms are furnished with $850 Italian toilet brushes and $1,250 toilet paper holders, Fortune reported.

A 40-person staff apparently looks after the massive property’s landscaping and over $2 million is spent annually for maintenance.

Allies of jailed Russian activist Alexei Navalny had published hundreds of photos of what they say is the inside of Putin’s palace.

However, Russian oligarch Arkady Rotenberg has claimed that the mansion is his. He is a billionaire with close links to Putin, BBC reported. Navalny had then hit back saying a no-fly zone and border check points around the property cannot be permitted for civilians.

“It’s like a separate state inside of Russia,” Navalny had said. “And in this state, there is a single and irreplaceable czar: Putin.”

Fortune reports Putin owns 19 other houses and 700 cars that pale in comparison to his reported three cars. He also supposedly has a collection of 58 aircraft and helicopters including a $716-million-dollar plane called “The Flying Kremlin” that has a toilet made of gold.

Putin also reportedly owns a 140-metre-long, six-floor superyacht “The Scheherazade” said to be worth $700 million, The Guardian reported. The mysterious yacht is docked in Marina di Carrara, a town on Italy’s Tuscan coast where chatter about its wealthy owner has refused to die down. The yacht is under investigation linked to Russian sanctions but Navalny’s supporters have no doubt that it belongs to Putin. Even Ukrainian President Volodymyr Zelensky appealed to the Italian parliament to seize the superyacht.

“Don’t be a resort for murderers,” he said. “Lock all their real estate, accounts and yachts – from the Scheherazade to the smallest ones,” he had said.

Putin however has sang a different tune downplaying his reported fortune.

“I am the wealthiest man not just in Europe but in the whole world: I collect emotions,” Putin had said dismissing all allegations. China’s rich are moving their money to Singapore. Beijing’s crackdown is one of the reasons. Stop Comparing Yourself To Others And Start Building Your Wealth 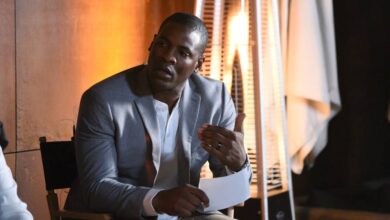 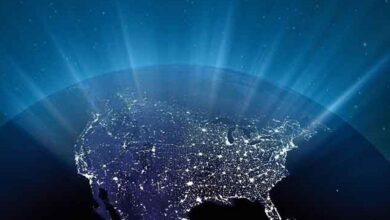 US in the news: RGT Wealth Advisors names president