Shares of Hong Kong-listed Russian aluminum producer Rusal surged more than 10% in early trade before reversing to tumble more than 4%. The stock dropped earlier this week after the firm said Monday it was evaluating the impact of a ban announced Sunday by the Australian government on exports of alumina and aluminum ores to Russia.

Rusal shares in Moscow had shot up nearly 16% when markets resumed trading in Russia on Thursday after a month-long shutdown.

JD Logistics shares dived more than 14%, dropping below its offer price. In a filing with the Hong Kong stock exchange in the morning, the firm said it will raise 8.53 billion Hong Kong dollars ($1.09 billion) through a share sale. The subsidiary of e-commerce giant JD.com said the shares will be priced at 20.71 Hong Kong dollars a piece.

The Hang Seng tech index fell almost 5%, with Alibaba losing more than 6%, Tencent falling 2.7%, JD down 6.3%, and Meituan plunging 7%. Delisting fears continued to be in focus with the U.S. Securities and Exchange Commission adding Chinese social media platform Weibo to a list of Chinese stocks facing the risk of being delisted from the U.S.

Japan stocks moved into negative territory after rising earlier. The Nikkei 225 and the Topix sat below the flatline. Japan reported inflation data, showing its core consumer price index hit a two-year high in March, according to Reuters.

Australia’s S&P/ASX 200 stayed in positive territory as it inched up 0.26%, with some gains in miners. South Korean stocks struggled for direction, trading between gains and losses. The Kospi last sat above the flatline.

Top gainers in Asia morning trade include mining firm MMG which shot up past 8%, and Fanuc, which rose 1.2%, as well as Singapore agricultural firm Olam which was up 5.1%. Notable losers included Nio, which fell 5.1% and China Life Insurance, which was down 2.1%.

Singapore’s Straits Times index was up 0.5%. Research firm Capital Economics and DBS Bank analysts said Friday they now expect Singapore’s central bank to tighten policy at its meeting next month after a major loosening of the country’s Covid restrictions on Thursday.

“Yesterday’s easing of virus restrictions in Singapore exceeded what we had expected and now means the risks to our above-consensus growth forecast of 4.0% this year are to the upside,” said Alex Holmes, emerging Asia economist at the firm. “The measures are also likely to add to inflationary pressures, further increasing the chance that the Monetary Authority of Singapore (MAS) will tighten policy at its meeting next month.”

Stocks have seesawed this week, alternating between up and down days. The S&P 500 and the Nasdaq are on track to close the week higher.

Investors watched shares of Apple suppliers in Asia. The tech giant is reportedly planning a hardware subscription service for iPhones that could launch as soon as the end of this year. Apple rose over 2% on Thursday.

″[International Energy Agency] members are seeking to reduce their use of its crude,” said ANZ Research analysts Brian Martin and Daniel Hynes. They noted IEA Executive Director Fatih Birol said the group is ready to release more oil from emergency stockpiles if needed.

Contributing to oil’s decline, Organization of the Petroleum Exporting Countries officials have also expressed to the EU their discomfort on a proposed ban on Russian oil, Reuters said citing OPEC sources.

In currencies, the U.S. dollar index, which tracks the greenback against a basket of its peers, was at 98.527, dropping from levels around 98.7 earlier.

The Japanese yen traded at 121.55 per dollar, firmer compared to earlier. The Australian dollar was at $0.7517, as it continued to jump from levels around $0.74 earlier in the week. 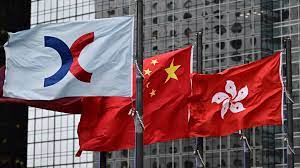 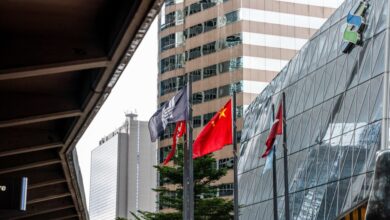 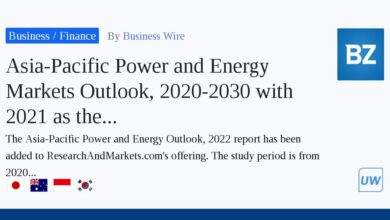